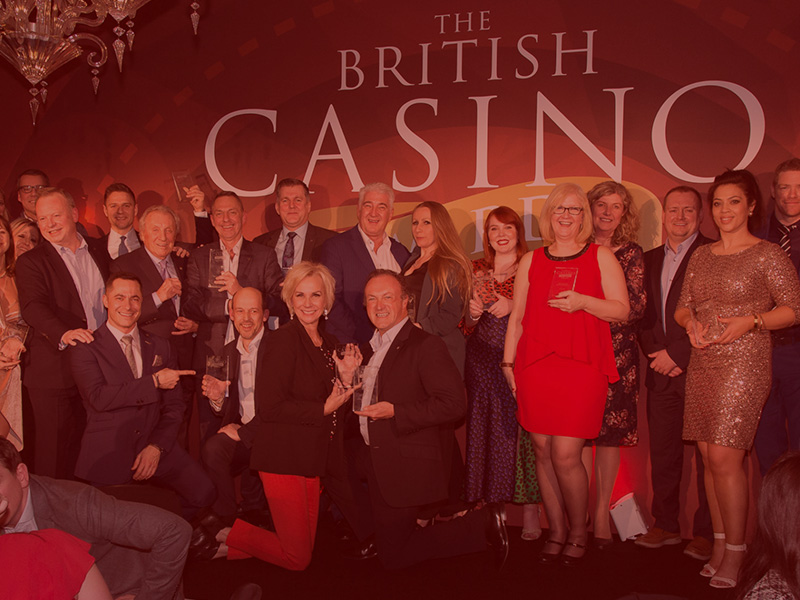 On Tuesday 4 February, the very best in gaming gathered at The May Fair, London to find out which incredible products, operators and professionals would be inducted on to the prestigious British Casino Awards’ roll of honour.

Since the scheme’s launch in 2018 by Casino International publisher, Datateam Business Media, the event has firmly established itself as a mainstay in the industry calendar – providing a unique opportunity to recognise and reward all of the hard work and innovation that ensures the vibrant sector continues to thrive.

In line with industry feedback, the awards scheme ‘with a difference’ introduced some changes to the decision-making process for 2020. Ultimately, these changes would ensure that every company and professional receiving a trophy at the ceremony were honoured for both technical and tangible excellence, as well as their outstanding reputation amongst their peers.

After guests enjoyed an exclusive drinks reception and three course meal, the host for the evening – critically acclaimed comedian Ian Moore – got the ceremony underway.

The first award presented on the night was Independent UK Casino Operator of the Year, which was awarded to The Hippodrome Casino. This marked an outstanding achievement for the operator – extending their reign in this category to three successive years – and kicked off an incredible night for the company, who would later go on to collect the coveted Overall Casino Operator of the Year accolade and the Best UK Casino Restaurant of the Year honour for Heliot Steak House.

A new accolade was next on the agenda – Best Slot Game – which was awarded to IGT for Fortune Coin, before Genting was revealed as 2020’s Multiple UK Casino Operator of the Year.

Novomatic picked up the award for Best Slot Machine for the second year running, this time for Novoline VIP, before Grosvenor Casinos was revealed as the inaugural winner of the new Best Use of Online award.

Playtech (Intelligent Gaming) took home the spoils in the Best UK/CMS Software Product category for Neon and Caesars Entertainment EMEA enjoyed success on the night, collecting the award for Best UK Marketing Programme of the Year for the World Series of Poker campaign.

In addition to recognising incredible innovations and services provided by companies from across the British casino market, the awards also honoured the outstanding work carried out by companies and individuals that extends far beyond their day to day roles.

The CHIPS Corporate Community Engagement Award highlights a company that has done something exceptional for charity, their community or the greater good – and this year was awarded to Crown London Aspinalls.

The Opera House Casino had plenty of reason to celebrate on the night, with two of their employees being honoured for their achievements: Ashleigh Nellist was presented with the CHIPS Community Engagement Award while Avril Stanworth picked up the coveted Rising Star accolade.

The ceremony came to a close with the presentation of two highly prestigious awards – the Casino International Outstanding Contribution Award and the Lifetime Achievement Award – which were bestowed upon Tracy Damestani and Alison Sullivan, respectively.

Guests were also given the opportunity to give a little back on the night with a charity fundraiser in aid of CHIPS and, thanks to the generous donations of everyone in attendance, a remarkable £1435.00 was raised for the deserving cause.

The British Casino Awards team would also like to extend their thanks to the event’s sponsors, without whom this year’s incredible celebration would not have been possible: 50 Cats, Acuris Risk Intelligence, BetConstruct, Cammegh, Everi, Galaxy Gaming, Interblock, Novomatic, Passport Technology, TCSJOHNHUXLEY and supporter, the European Casino Association.

Recognising excellence across the continent in 2021

The British Casino Awards has experienced exceptional growth in participation and enthusiasm in the three years since its inception. As noted by event director Paul Ryder in this year’s opening remarks, this growth can be largely attributed listening to feedback and in order to continue offering an awards scheme ‘with a difference’ that effectively raises the profile and visibility of the industry, the awards “must strive to continually adapt and evolve to represent all corners of the market”.

With this in mind, Datateam Business Media is delighted to announce that in 2021 the scheme will evolve into The Casino Awards and will provide a platform for the British and European casino industry’s best.

For the operators and manufacturers that have enjoyed success at the event over the past three years, this will be an unmissable opportunity to compete on a larger stage and for companies from across the continent, it’s a chance to throw their hat into the ring for the first time and be held to the same standards of excellence as the British market.

The Casino Awards will return to the heart of London on Tuesday 2 February 2021 and more information on the upcoming scheme will be announced in due course.

To find out more about the British Casino Awards 2020 and to view the full gallery from the night, visit www.britishcasinoawards.co.uk.